Our Bell P-39, Miss Lend Lease, is displayed as she was found, recovered from Lake Mart-Yavr within the Arctic Circle.  She was given to Russia as part of the lend lease program.  Piloted by Lieutenant Ivan Baranovsky, an engine failure on a mission in 1944 cause her to crash in the lake.

Read more about the history and recovery of this aircraft from the following sites: 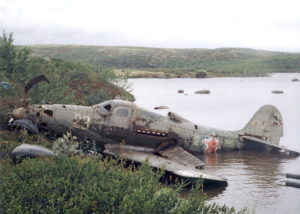 Here, Miss Lend Lease sits in the museum, not a half a mile from the Bell Aircraft Company factory in which she was built.

This could be the the only P-39 to have traveled around the globe. She headed west to Alaska, where she was transferred to her Russian ferry pilots.  She saw action over Russia until she crashed in Lake Mart-Yavr in 1944.  When she was recovered she continued on her journey westward to the U.K., then back home to Niagara Falls, New York where she now resides.

American Quality for the War Effort

Although the magnesium nose wheel hub had disintegrated sitting in the lake all those years, amazingly, the tire and inner tube survived. In fact, the inner tube still holds air! 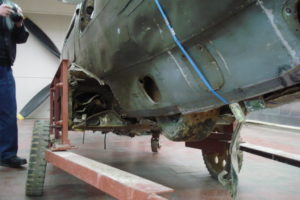 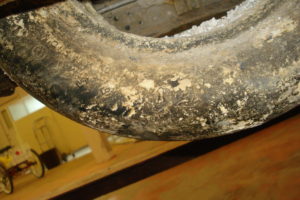 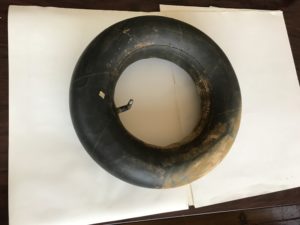 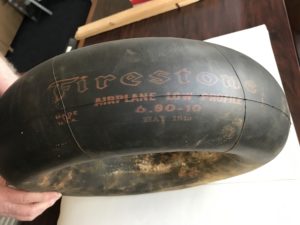